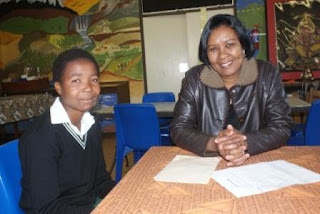 by: Zongezile Matshoba
Thulani Lombo and Anelisa Deliwe are among the fifty (50) pupils from around the country that are going on a historic journey during the school holidays to learn about the country’s liberation heroes, the Daily Dispatch reported on Tuesday, 15 June 2010.

Lombo, a grade 10 learner from Nombulelo High and Deliwe, a grade 11 learner from TEM Mrwetyana High, both left Grahamstown on Saturday morning to join the rest of the group in Umthatha.

The Daily Dispatch further reported that during the 10-day camp, entitled Enhancing the Legacy of Nelson Mandela through Youth 2010, the pupils will travel across the Eastern Cape to visit such historic sites as Nelson Mandela’s home in Qunu and Steve Biko and Chris Hani’s commemoration sites in King William’s Town and Queenstown respectively. 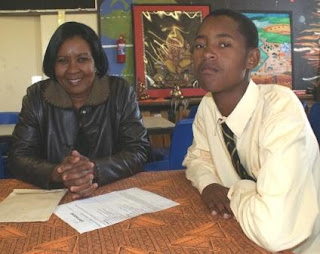 The pupils were selected through Nelson Mandela Museum's partnership with other museums in the country. Lombo and Deliwe were selected by Albany Museum in Grahamstown.