This is a personal view on the African story telling context, no formal research conducted as such but reference is made through the experiences as a member of the so-called Indigenous Nguni Ethnic group. In this case Xhosa speaking which story telling forms part of the treasured living cultural heritage. The focus would positively look at influences of storytelling and a gender role involved. The environment that is basically used to educate and to alert listeners will also be discussed.

Story telling in African tradition context can be regarded as a living heritage. It has been happening for centuries dating back even during the time of our forefathers. Again story telling in the traditional societies was done orally. There are various effects contributing to that. To mention but just one as an example is the fact that story tellers themselves are not learned people. They use their treasured memories to keep and then transfer their knowledge from generation to another. The grannies who usually becomes centre of attraction were good memorizers and unfortunately could n’t read and write but of cause would remember a lot for generations to come.

When arguing that kind of a skill transference again one can somewhat regard story tellers as treasured Cultural living heritage of our times. Then again story telling becomes a gender role non contested in Traditional African societies. It became a popular female role more especially the aged or grandmoms.There are various effects on that as well since they are always available at home having less to do compared to young females who have to do various household chores such drawing water from nearby rivers,cooking,cleaning ,etc.In the case of man ,they are always out on the fields ,veld,at work or at times involved in the battles which occurs to protect women and children.

In most cases a man as the head of the family is always expected to provide food for his household. And when danger approaches we look ahead for his power to control the situation. Then story telling would be a least of his priorities.Infact it is not that they undermine that role but they were always not available at home most of the times in search of work or in battles.

We have to look at where most of the story telling happens, my argument would say it always becomes a rural area or a village in rondavels besides fire places at night. Someone else can ask why a specific time. It’s when everybody is around; this is also a unifying tool for the family since it creates a warm situation and understanding of one another. Then again story telling was not just for tales but learning and training tool for kids to be educated on life skills and awareness. Life experiences are transferred without the form of a formal learning environment but by word of mouth.

This is regarded as a natural gift bestowed on adults to be transferred to future generations for keeps. No records were kept during the process but a system was followed genuinely and respectably. Noise level becomes less since everyone listens’ attentively and with curiosity to find out the result and also as a sign of respect to the story teller because of her age. Story telling was a tool used to test a child’s brain and memory status. Remember story telling is not only for Africans but a universal language amongst all ethnic groups i.e. in Africa and abroad. In our case we have transferred and kept that treasured knowledge orally not in written form. There is no such formula that blocks one on how to tell stories as such. In many learned environment story telling would be done by a mother or a father at bedtime in the form of singing and reading to make a child sleep. When it comes to traditional storytelling, beds were not known or famous then when everybody is gathered by the fire place the granny would start the session and so forth.

Traditional reed mats were used to sit and sleep in those huts. When it comes what the stories were about, you would notice that commonly the environment, animals; plants were used since they are known to the teller and listeners. Story telling was regarded more like a norm or tradition.

Here are the tools used during oral tradition/story telling: 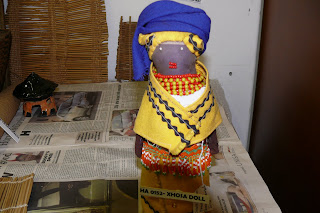 Model of a Xhosa dressed traditional doll
This resembles the aged story teller. 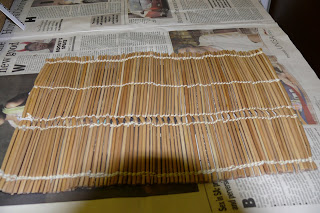 Model of traditional reed mat which is usually used to sit the audience as well as for sleeping purposes since there were no chairs available at that time. 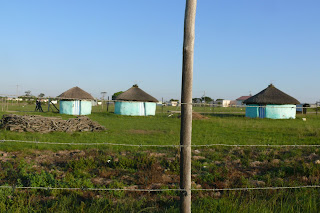 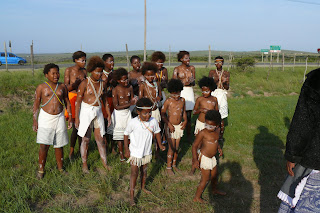 Target audience for story telling usually mixed with boys of the same age. 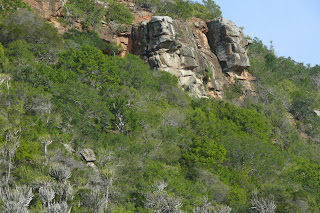 Environment used as reference material of storytelling, it varies as per the narrator what she would like to talk about no boundaries outlined as such.