Young Grahamstonians off to Robben Island 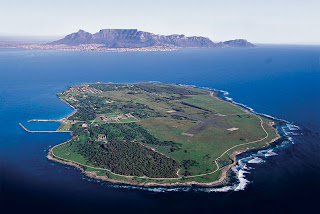 Albany Museum has been invited to send four learners and one staff member to the Robben Island Museum’s Isivivane Solwazi 2010 Spring School Nation Building Camp. Nozipho Madinda, the Head of Mobile Museum Services will be leading the delegation consisting of four learners from the farm and urban areas. The learners are Asiphe Stoffel, 15, from Farmerfield, Bill Jokani, 18 from Nombulelo SSS, Luthando Dyan, 14 from Wilson’s Party Farm School, Sibabalwa Quma, 17 from VG High School. The Spring School is from the 24 September to 03 October 2010.

The learners will be privileged to learn more about Robben Island from the ex-political prisoners. They will have to engage their peers around the theme:

“Resistance and Resilience of the Human Spirit against the Forces of Evil - Africa Unite & Fight Xenophobia”.

The learners have two pre-tasks that they have to work on. Firstly, they have to conduct research in their community on Xenophobia. This will help in knowing what their communities say, feel and think about xenophobia, and how it can be stopped.

Secondly, they have to bring along a cultural or traditional attire. They need to find out what their special attire says about them and their immediate community, when is it worn, by whom and why is it important to them or their community. This will be an opportunity for the learner to celebrate and introduce their culture to their peers from South Africa and Namibia.

During their time on the island the journey will take the participants through the layered history of Robben Island, which are banishment, hardship, isolation and imprisonment interwoven with resistance, resilience, tolerance and the triumph of the human spirit over hardship.
Posted by Communications & Marketing at 4:17 PM