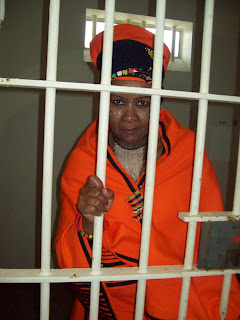 The spring school has been attended by students from all nine provinces and other African ccountries such as Namibia, Rwanda, Burundi, Congo and Zimbabwe. It consisted of xenophobia workshop, umrabulo, knowledge hunt, electives, Heritage Day celebrations and an open day where all participants received certificates.
Umrabulo is a Xhosa word, meaning to sip, and in this case its symbolic is sipping from the cup of knowledge. There were ex-political prisoners who facilitated 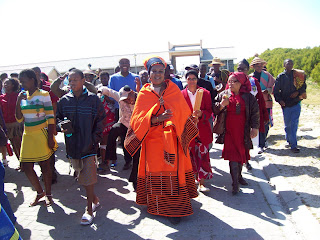 For the knowledge hunt the participants were divided into groups that had to complete tasks.

Siba said radio is very exciting but yet stressful because they slept at 3am and woke up 6am. Bill said storytelling is so exciting. Luthando said he learnt how to play music using horns and drums and Asiphe said that She learnt how to make frames and gift boxes with recycled paper. All learnt lots of things like the value of human dignity and heritage.

Robben Island is such a wonderful and peaceful place, although it was a prison. It is a world heritage site. Something very interesting about it is that there is no crime. Spring school has an awesome experience and the new friendships are made.

Albany Museum management and Mobile Museum Services Department would like to thank the Robben Island management and staff for this opportunity and the funding of the Spring School.
Posted by nozipho madinda at 2:45 PM