On the 19th of November 2010-Albany Museum(Anthropology dept)went to attend Ithongo exhibition opening hosted by Sterkstroom Museum.The invite came as part of the colaboration made by DSRAC- Queenstown District office led by Mr Zuko Baninzi.

The exhibition focus was to redefine Diviners/Amagqirha's status in our new democratic dispensation to be respected and acknowledged consultants who like their western counterparts should practice their job in daylight.Previously these traditional consultants were somewhat ignored or defined as whitch doctors,something that highlights part of their job not necesarily focussing most on that.Yet that also affected their status in the communities they serve and to the people they offer service to.In other words they were looked down upon their calling and practice.Something that our current Government has revised inorder to give them space to practice even in state hospitals once they prove to be doing what they claim.

So we went there to support our collegues in promoting Divinity at a higher level.As well as their effort to strike balance since they also have loaned our Anthropological banners to be used for the exhibition.During the opening credit was given to Mr Mpho Molapisi who is the the initiator of the project and through which we later extended to know more about the diviners training process prior their declaration as fully fledged traditional consultants.

Coming to the programme,it was well publicised and supported by the community of Sterkstroom and surroundings.Not to mention the backing they have received from the Provincial dept of Sports,Recreation ,Arts and Culture under Museums and Heritage section.When it comes to the attendence the local municipality was represented,The Police sector,Local schools,Church community,Museum board ,Amagqirha/Diviners as well as other invited guests.We were fortunate to share the platform with the Museum and Heritage directorate to further market Albany Museum as champions of Outreach and educational programmes.We had a chance to open the minds of people about the vital role that our living cultural heritage does in our daily lives and so forth and also to install pride and dignity towards practioners themselves to support and work with museums.They must know that it is their place to visit and share their knowledge to those in need and for future referencing.Indeed this a very successful event.

Here are some of the photos taken on that day as follows: 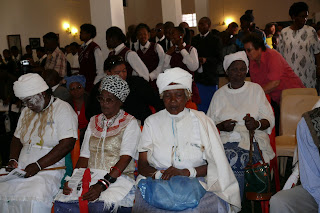 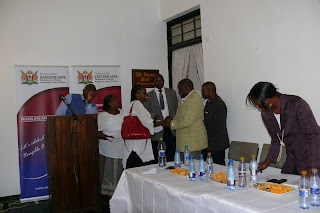 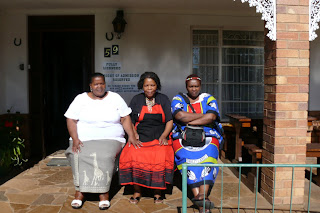