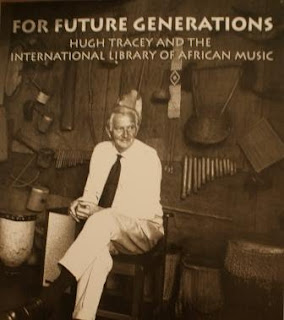 Praises poured in for Zach Taljaard who has since moved to Cape Town, Cathy Lambley, and in particular Thabang Tshobeni both of Albany Museum’s Exhibition and Education Department respectively, for keeping Hugh Tracey’s legacy alive.

These accolades were from speakers, ranging from Professor Diane Thram, the current Director of ILAM, to Cecil Nonqane, the incoming Chairperson of the Albany Museum Board of Trustees.

All this happened during the official opening of the Grahamstown leg of the traveling “For Future Generations – Hugh Tracey and the International Library of African Music” on 05 May 2011 at Albany History Museum.

Thram applauded Bongani Mgijima, Manager of Albany Museum for releasing the trio since June 2010 to dedicate all their efforts and brains to this project.

Their artistic and design skills resulted in a 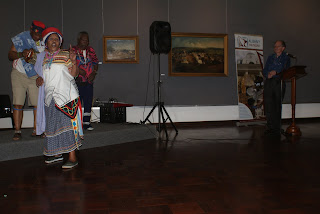 Professor Michael Whisson, welcoming the guests, said that the exhibition is a befitting tribute to an extra-ordinary father and son, Hugh and Andrew Tracey.

Nonqane thanked Rhodes University and ILAM for choosing Albany Museum as a reliable and best suitable host for the exhibition.

Andrew Tracey also echoed the same sentiment, saying that his late father would have been greatful about this exhibition.

This well curated exhibition will move back to the South African Broadcasting Corporation (SABC) in Johannesburg, and then to Cape Town’s Iziko Museum immediately after this year’s National Arts Festival.