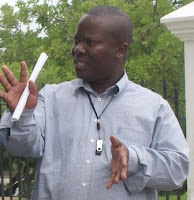 A Panel of Experts, including Bongani Mgijima of Albany Museum in Grahamstown, Eastern Cape, has been set up by Minister Paul Mashatile of the National Department of Arts and Culture (DAC). Their briefing is to develop and provide a comprehensive policy framework for the management of museums in South Africa.

DAC is mostly concerned with the lack of authoritative and clear museum policy guidelines in South Africa. The museums are still seen as national in name only, rather than in status, in the sense that neither their collections nor the services they render could be described as national.

Museums continue to constitute an invaluable resource in terms of the collections they hold in trust for the nation, a reserve of intellectual capital, and an investment in capacity and expertise. And, their nature as social institutions and the role that they play in defining, shaping and representing the nation, strengthening social cohesion or entrenching social divisions has not sufficiently been explored in South Africa.

The Panel of Experts have to look at a clear definition of a national museum, and a grading criteria to explicitly define museums of national, provincial and local importance. It is said this will be different from the longest established grading system, that of the hospitality sector, which is valid for 12 months.

They will also look at norms and standards that will address all museological aspects of museums, especially the conservation of collections, research and interpretation of collections, education and public displays, aligned to the International Council of Museums (ICOM) and South African Museums Association (SAMA) Code of Ethics and Standards.

The grading will also be a basis for funding museums. At present, DAC is very concerned as there seems to be little, if any, correlation between the cultural significance of the museum and the funding that it receives from government.

The team has at least 16 terms of reference to consider. These deliberations should be completed within the next eight months, or the end of the 2010/2011 financial year.

For further reading on this new development, please read:
TASK DIRECTIVES FOR THE DEVELOPMENT OF A NATIONAL MUSEUMS
POLICY FRAMEWORK
Posted by Communications & Marketing at 11:31 AM