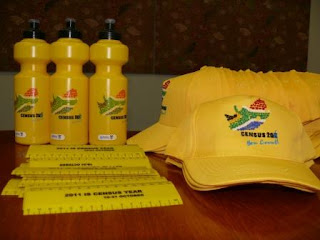 The Museum will this year bring a bright yellow Mandela Day for the farm communities. Four farm schools, Manley Flats, Zintle, Martindale and Wilson’s Party will once again be visited on the 22 July 2011 to celebrate Mandela Day, thanks to Statistic South Africa that donated the yellow 2011 census rulers, water bottles and caps.

Albany Museum is also showcasing for the last time the Dear Mr Mandela…Dear Mrs Parks: Children’s Letters, Global Lessons Exhibition for all those who missed it previously.

Nozipho Madinda, the Mobile Museum Services Officer is also working around the clock to collect as many more donations as possible. An appeal is being made to the Makana Community, businesses, non-governmental organisations and individuals to be part of the Museum’s initiative and extend helping hands.

Mandela Day is a call to everyone to spend only 67 minutes and help make a difference. It celebrates the 67 years that Dr Nelson Mandela, the legendary former State President of South Africa, spent fighting for a better life for all.

The Mandela Day on 18 July, as proposed by the Nelson Mandela Foundation, and declared by the United Nations, coincides with Mandela's birthday. The Albany Museum, together with the rest of the world will once again celebrate the legacy of the legendary former State President who was politically active for 67 years.
Posted by Communications & Marketing at 3:38 PM