Mobile Museum co-ordinator Ms Nozipho Madinda and Ms Dineo Poo the Business Development Officer in charge of the youth activities in the South African Post Office conducted stamp collection lessons to 13 schools in Grahamstown as from 22nd August to the 31st August 2011.Ms Dineo Poo left on the 26th of August and the Mobile Museum continued wi 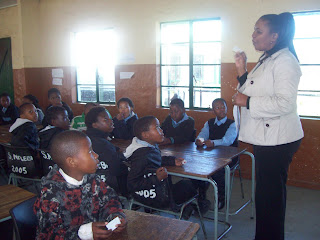 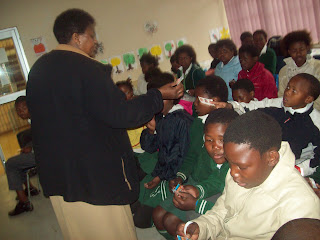 This was an exciting activity that learners enjoyed the most, which was the map of South African Provinces where they could match up the stamp of that particular province.


This was great excitement and the learner putting the correct stamp in the correct place won the prize of a post office pen. 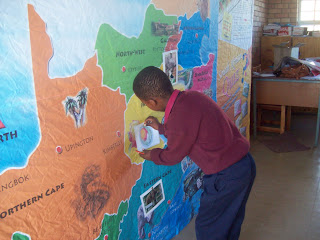 It was noticed that learners were unaware of writing of letters or use of stamps when contacting relatives.For some, it was the very first time. 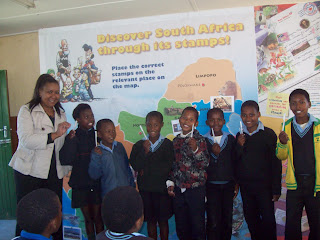 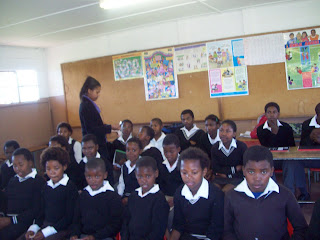 Learners were encouraged to communicate with their parents and friends by writing letters and postcards and using stamps as they were relatively affordable.

The Mobile Museum would like to take this opportunity to thank the South African Post Office Philatelic Services for the resources and activities they provided for these learners.

Posted by nozipho madinda at 1:33 PM