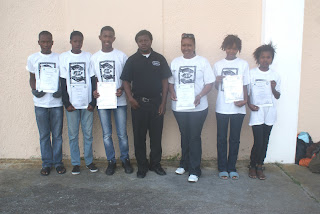 On the 30 of September 2011, Ms Nozipho HoD Mobile Museum of Albany Museum and five learners Lelethu Mto of Khutlisso Daniels, Amanda Nyumka of Masakhane Farm school,Nkosiyabo Magwadi of Sakhingomso farm school, Nkcubeko Balani of Mary Water High and Zintle Mali of Masihlangane J.S.S travelled to Robben Island. They were attended the annual Spring School. The theme was ‘Conservation of tangible and intangible heritage of Robben Island’Explore, and, protect our Heritage.

The2011 spring school has attended by South African learners, the neighbouring states countries couldn’t come due to financial constraints. The spring school consisted of heritage workshop, umrabulo, knowledge hunt, electives and open day celebrations where we received certificates. Umrabulo is a Xhosa word it means to sip and in this case its symbolic is sipping from the cup of knowledge. We had ex-political prisoners who facilitated umrabulo. For the knowledge hunt we were divided into groups and given clues. These would help to lead us to uncover pieces of the history of Robben Island. Another activity called electives, there were four electives namely Radio, Print media, Photography and Video production. All the learners took part in different electives. The public relations and marketing officer of Albany Museum Mr Zongezile Matshoba was one of the facilitators and his elective was print media. He did a great job as a result the learners wrote different stories on a blog and face book. 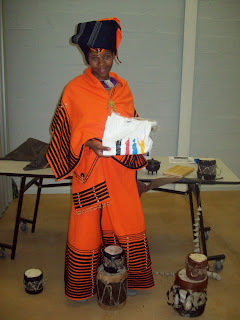 Robben Island is such a wonderful and peaceful place although it was a prison. Something that is very interesting it is a world heritage site. Spring school has an awesome experience and the new friends we made. We would like to thank the Robben Island management and staff for giving us this opportunity and the funding of the Spring School.
As museum practitioners and learners we should go back to schools and our communities and implement what we have learnt during the spring school.
Posted by nozipho madinda at 3:50 PM