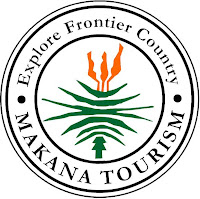 The belated Tourism Awareness Campaign, which is a joint venture between Makana Tourism and Albany Museum kick-started in earnest from the 19 October and will run until 16 November this year. It was initially scheduled for the Heritage and Tourism Month that takes place in September every year.

Its aim is to encourage Makana Municipality individuals, friends, families, workers, students and visitors to learn more about Makana tourism attractions and other tourism products.

The campaign also has an educational outreach component. It aims to educate and expose the learners and community at large as to how tourism operates and what are its benefits.

Makana community invites everyone to actively participate instead of being an observer and spectator, as tourism is everyone’s business. This will help in furthering tourism development initiatives and the marketing of tourism in the local municipality.

Vuyani Njovane, the Makana Tourism Officer and the engine behind the campaign, will take the campaign to schools around Makana Municipality. He will be accompanied by some local tour guides, and the learners that attended the 2011 Robben Island Museum Spring School in Cape Town and the Nelson Mandela Museum Youth Camp in Qunu, Umthatha.

Radio Grahamstown FM Community Radio will also be playing a promotional advert for the duration of the campaign.
Posted by Communications & Marketing at 10:47 AM