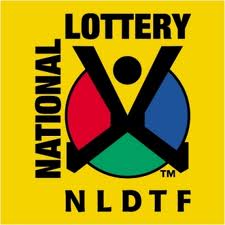 The Lotto funded programme of ensuring that disadvantaged schools are bussed to the is gaining momentum. Twelve grade 7 farm school learners who were all but one coming for the very first time to the Museum were overwhelmed by the visit. is on the outskirts of , a small town on your way to Port Alfred.

“We first heard about the tour last Wednesday when the Museum visited the school,” said Xolelwa Ntlokwana, aged 16. They have been dreaming about the trip ever since.

Seemingly, the wait for Monday was an unbearable torture for them. Many were not really sure if it was all true, and were busy peeping through their classroom windows early this morning. There was a sigh of relief and the excitement grew when they saw the Museum bus. The chase for seats near the window began.

“We only believe the whole thing when it reached the tarred road,” added Ntlokwana.

Wow, planets! And dinosaurs!  For Sinalo Ncumisa, 12, and Msindisi Ntlokwana, 14, the two galleries were a show-stopper. The two were dumbfounded.

All the learners agree that the trip has made a huge difference in the learning. Textbooks are limiting. These learners were at last able to make more sense of what is in the textbooks, like seeing the actual size of the many mammals that they have read about.
Posted by Communications & Marketing at 5:00 PM